Julie, Olga and I went out to view the white and wonderful woods after the big snow a couple days ago, and I, of course, had a secret agenda to also check on the Little Ones. As soon as the new snow warmed slightly the snow fleas were out hopping around. I knew the lichen would not be hopping around! But they do show their colors in the snow and I am still searching for new species. Each day in the forest brings the possibility of meeting a new lichen (as well as whatever other wonders appear whenever one stays in the woods a while). We are walking on Cutoff Trail. The ice has formed curtains along the rock walls, as it has almost everywhere this year.

No ice caves here, just a small cliff. The rock is mostly covered with liverwort, moss, fern; the lichen are small. One of my favorite trees, the river birch with its beautiful coppery bark, stands here. 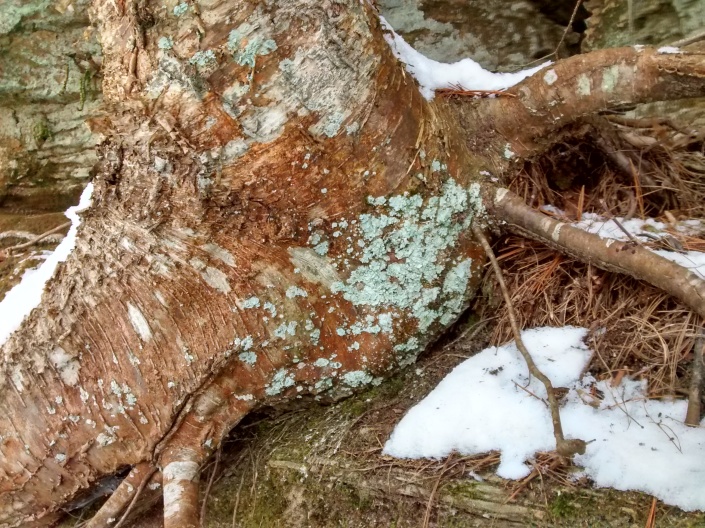 The lichen like this tree too; the moist base has a colony of aqua blue lichen. Aren’t they beautiful on the red and silver bark? Since the names are not verified yet, I can describe them any way I wish, in this blog anyway! Don’t worry, names will be forthcoming by spring.

Turkeys flapped around in the treetops. The sun came out. On the south slope, snow in the branches began to melt, just enough to form liquid water at the edges of the snow on each branch. The trees were suddenly illuminated in diamonds of light. A few moments later as we walked away from the direct sunshine, the warming air simply made the clumps of snow in the branches fall off on our heads.

This is not a lichen, it is a fungus, making a little snow sculpture on the side of a tree. 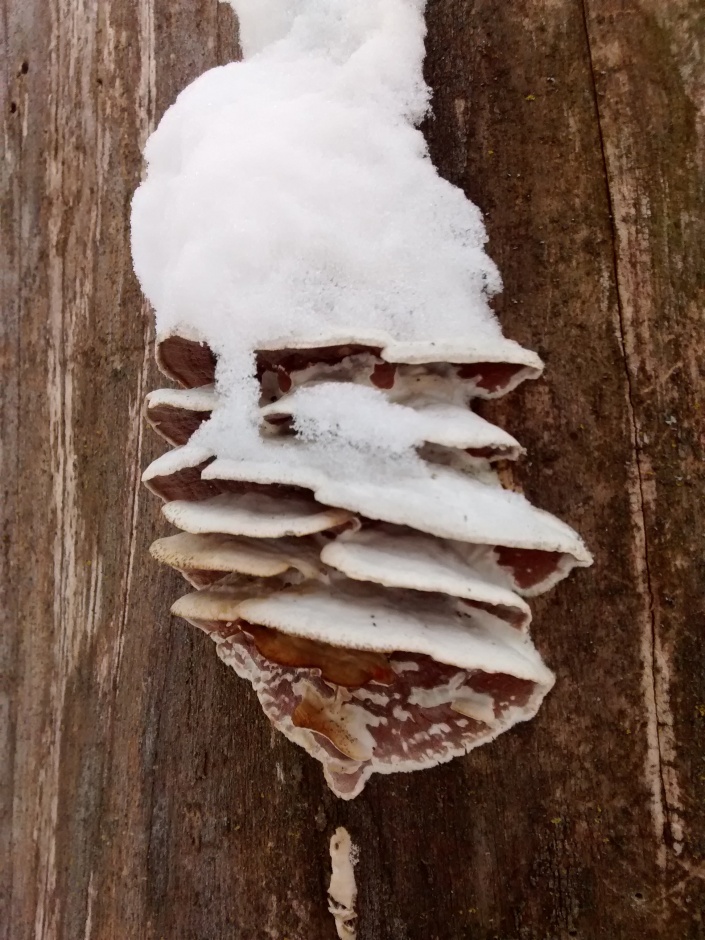 While we move about so quickly and ceaselessly, the trees, moss, rocks and lichen quietly remain. The ice moves too. More slowly than us but faster than lichen, rock or tree; changing all those slow moving ones as it forms, grows and then disappears. The lichen and their rocks and trees will be here as we and the ice come and go. 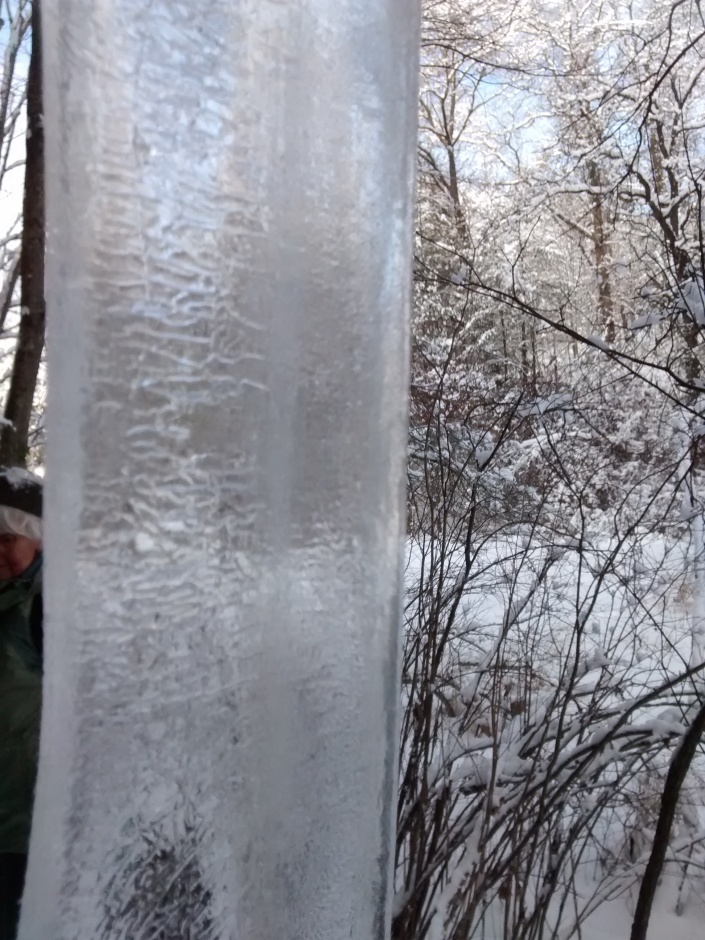 Remember to enjoy the small things in life. 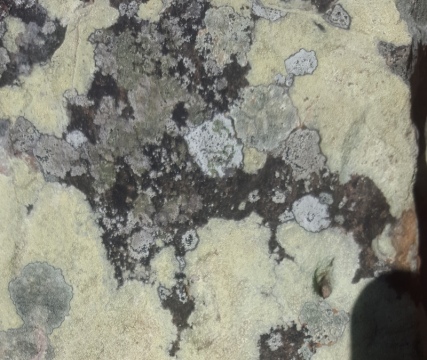 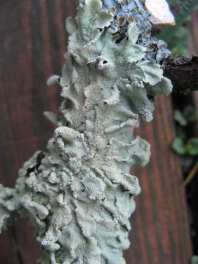